Join the largest barbecue chain in America! With over 500 locations in 44 states, our smokin hot franchise has been treating guests to great tasting barbecue since 1941. If youre looking to diversify your portfolio or looking to retire and start a business, were seeking passionate entrepreneurs to join our highly rated franchise.

At Dickey’s Barbecue Pit, we are passionate about the art of great barbecue! And we are proud to be the largest barbecue franchise in the world. 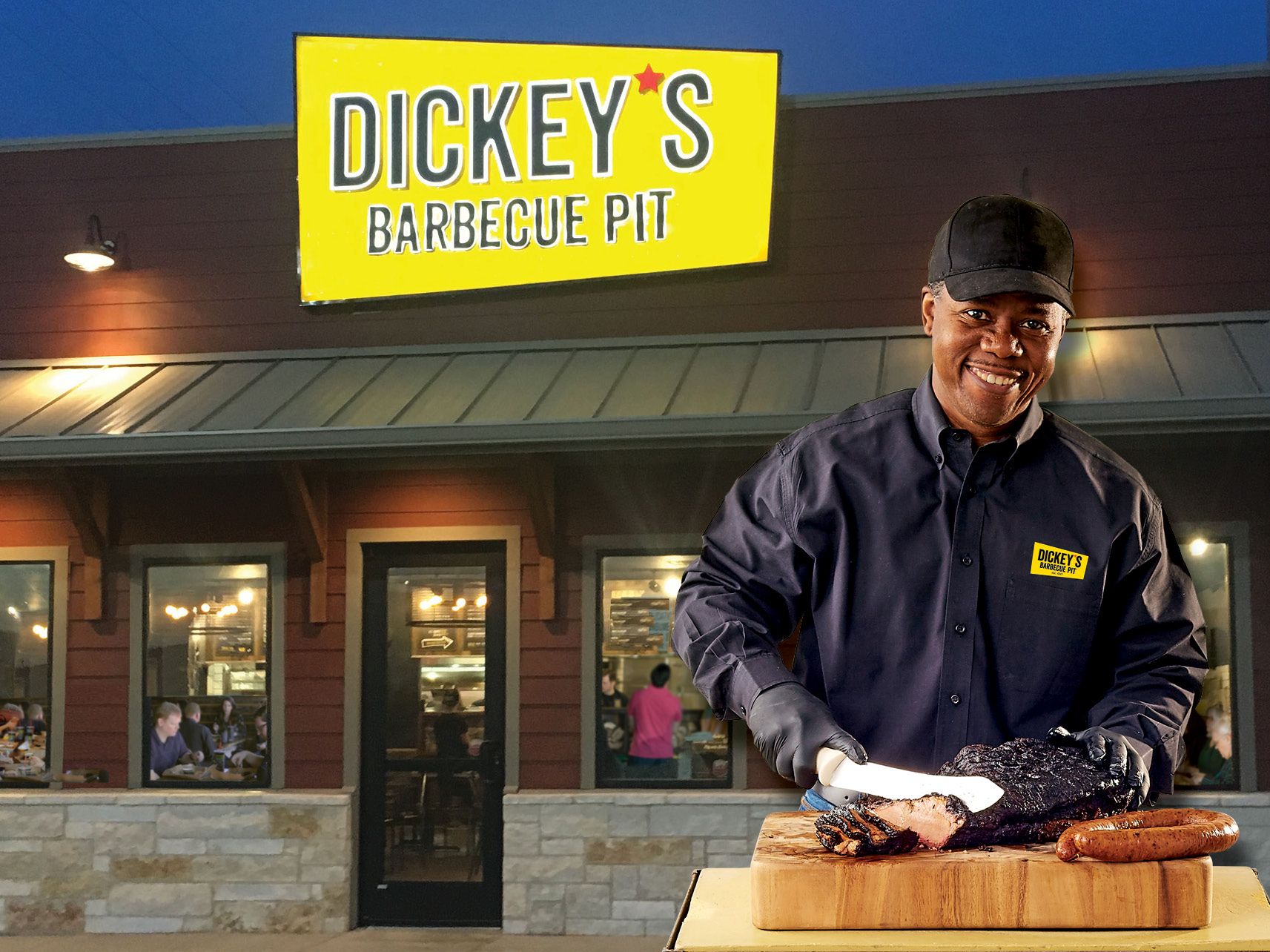 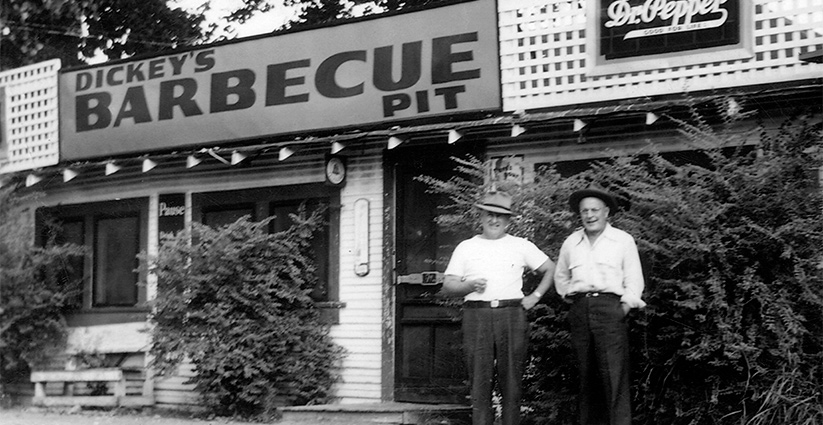 Dickey's Barbecue Pit prides itself on authenticity, innovation and mouthwatering hickory-smoked barbecue. In 1941, Travis Dickey opened the first location in Dallas, Texas. Franchising began in 1994 after loyal guests and barbecue fanatics demanded more locations. Roland Dickey, Jr. became Chief Executive Officer in 2006 continuing the family tradition. As the fast-casual chain racks up recognition, the Dickey family still serves up the same quality barbecue recipes handed down for generations coupled with the same brand of southern hospitality, only on a much larger scale. The fast-casual concept has expanded to more than 500 stores in 44 states with international locations slated to open in late 2018.

What Sets Us Apart 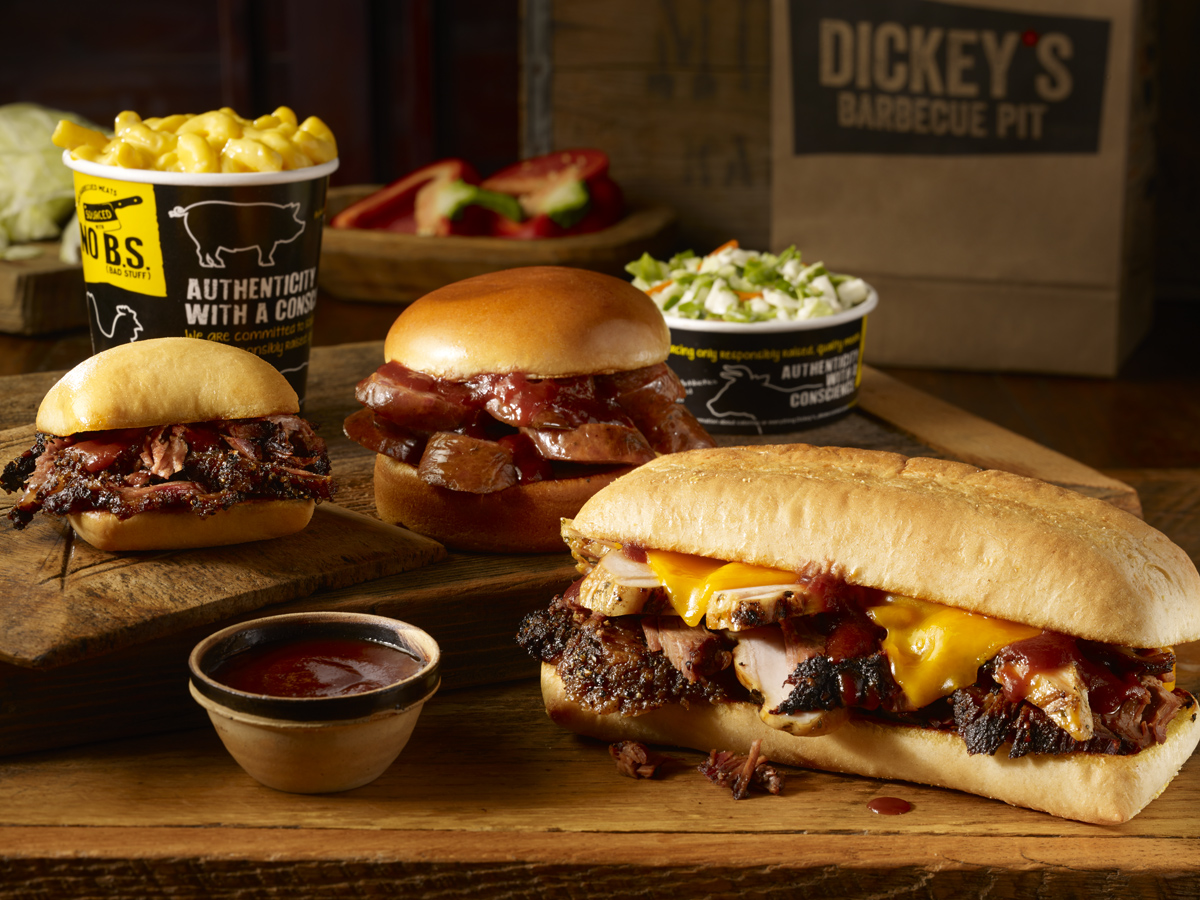 "22 years ago my father Frank purchased the first Dickey’s franchise. Today I have taken over the family business and own six Dickey’s stores. My family has always loved being a part of the Dickey’s brand and watching it grow. While a lot has changed about Dickey’s, a lot has stayed the same. Dickey’s is still a family company and I appreciate that the Dickey family is still very much involved. We still have great quality food, and we are always improving with training, communications and the store’s appearance. I am happy and successful with Dickey’s, and appreciate all the support I get from the home office. I enjoy what I do and who I do it with."

Over the years, Dickey’s Barbecue Pit has won awards such as our most recent awards: 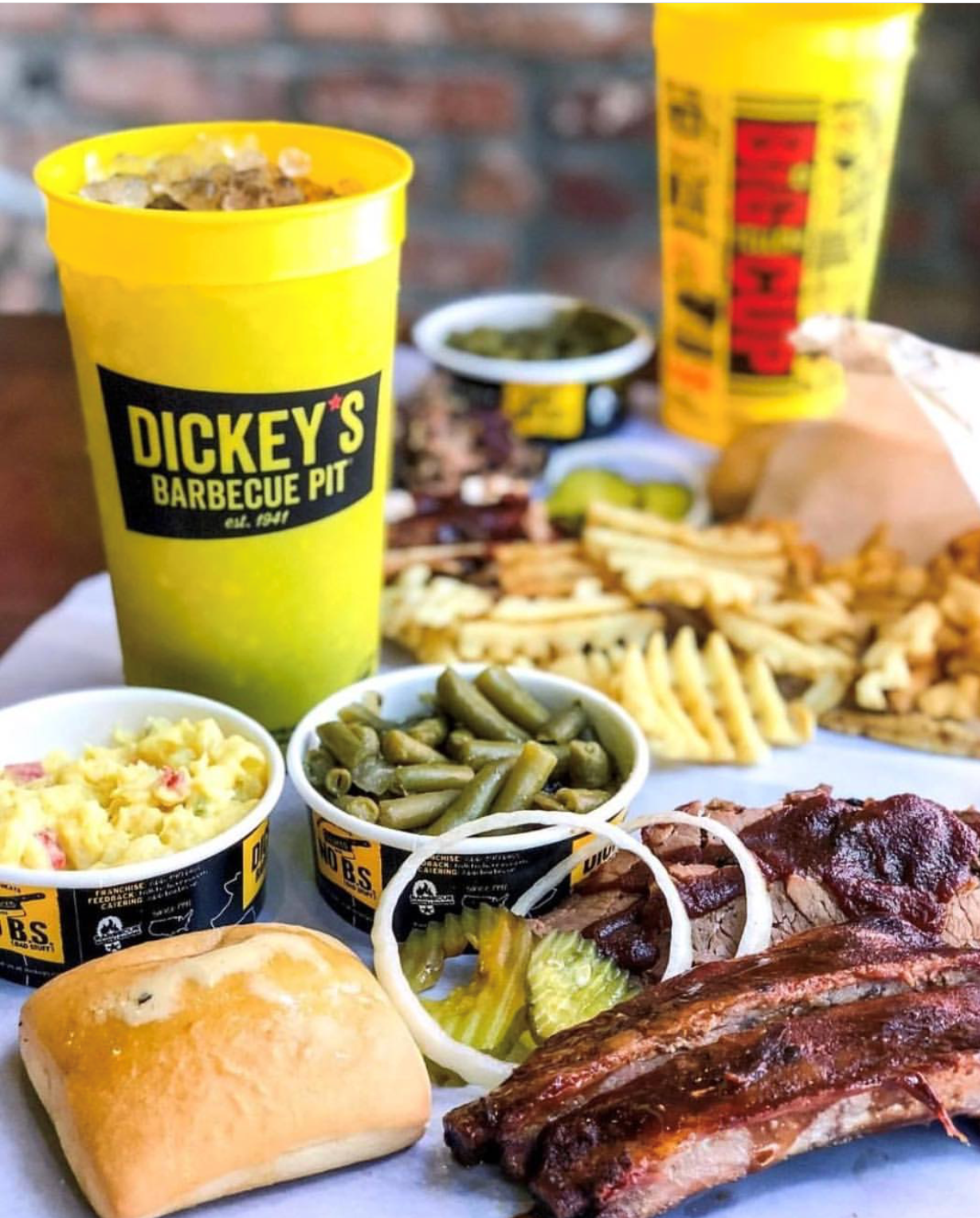 Passionate about owning a Dickey’s

Processing ...
PLEASE NOTE DISCLAIMER: This brand page has been paid for by Dickey's Barbecue Pit. Content within this page that is paid will showcase a Sponsored icon. This means the brand has engaged FranchiseBuy.com to write the content. Content without the Sponsored Icon is either aggregated media placements the brand earned or content the brand has created on its own. Questions can be sent to info@franchisebuy.com. This information is not intended as an offer to sell, or a solicitation of an offer to buy, a franchise. It is for information purposes only. Currently, the following states regulate the offer and sale of franchises: California, Hawaii, Illinois, Indiana, Maryland, Michigan, Minnesota, New York, North Dakota, Oregon, Rhode Island, South Dakota, Virginia, Washington, and Wisconsin. If you are a resident of or want to locate a franchise in one of these states, we will not offer you a franchise unless and until we have complied with applicable pre-sale registration and disclosure requirements in your state.

Remove All
Note: all fields are required
By pressing Submit Information Request, you agree that FranchiseBuy.com, websites, our network and businesses you selected may call/text you about your inquiry, which may involve the use of automated means. You don’t need to consent as a condition of any purchase, and you can revoke consent at any time. By clicking SUBMIT you consent to sending the details on this form to the franchises listed above. We NEVER sell or share your information with any other third parties. We also do not accept solicitations from third parties. You also agree to our Privacy Policy & Terms of Service.

Remove All
Note: all fields are required

FranchiseBuy.com is a highly trusted name in the industry. Your information is safe and your privacy is protected. We never share or sell your information to anyone other than the businesses you have selected.

Processing ...
Complete the form below to get FREE Info.

Processing ...
Complete the form below to get FREE Info.

You have reached the maximum number of franchises than can be submitted at one time. Please submit the form to continue.

The following errors have occurred:

Please click 'Continue' and correct the errors described above.


*This field is required

Enter an email address to be removed from future mailing and marketing communications. Note: your request may take 5-7 days to be processed.


*This field is required